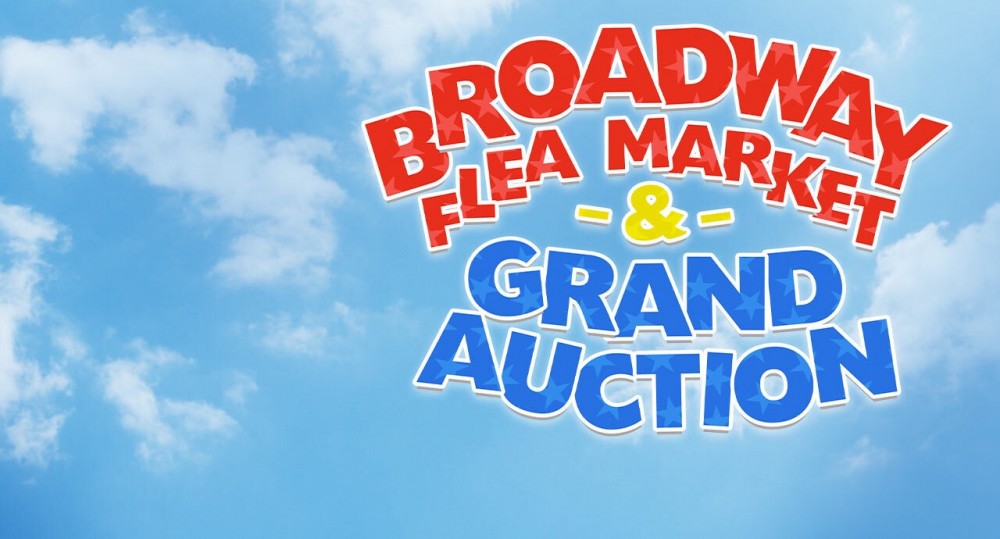 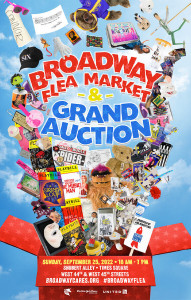 The biggest day for Broadway fans returns to New York City’s Theater District on Sunday, September 25. The Broadway Flea Market & Grand Auction unites all theater fans – whether they’re onstage, behind the scenes or in the audience – in their hunt for Broadway-themed treasures, unique experiences and theater magic.

Theater lovers of every kind will have the opportunity to take home one-of-a-kind mementos and autographed collectibles and bid on exclusive Broadway items including props, costume pieces, opening night theater packages and more.

The Broadway Flea Market & Grand Auction will run from 10 am – 7 pm with tables on West 44th and West 45th Streets, the silent auction in Shubert Alley and live auction in the Times Square pedestrian plaza between 45th and 46th Streets.

Among the shows set to have tables this year are Aladdin, Beetlejuice, Come From Away, Dear Evan Hansen, Funny Girl, Hadestown, Into the Woods, The Kite Runner, The Lion King, Moulin Rouge! The Musical, The Music Man, The Phantom of the Opera, Six, Some Like It Hot, A Strange Loop and Wicked. Fans can also find mementos from recently closed Broadway shows Company, POTUS and Tina: The Tina Turner Musical.

Online bidding is now open on dozens of unique auction collectibles that will be featured in the silent and live auctions.

Items up for bid include handwritten and signed musical phrases, autographed Playbills from current and classic Broadway shows, and unique props used in performances.

In keeping with current Broadway theater protocols, the in-person autograph table and photo booth will be on hiatus this year. In lieu of that, however, Broadway Cares will be offering the opportunity to sign up for a limited number of one-on-one video chats with Broadway stars (to take place at a later date). Details will be announced soon.

Every dollar donated during the Broadway Flea Market & Grand Auction will help those across the country affected by HIV/AIDS, COVID-19 and other illnesses receive healthy meals, lifesaving medication, emergency financial assistance, housing, counseling and more.

Last year’s in-person return of the Broadway Flea Market & Grand Auction, which coincided with the reopening of Broadway, raised $753,321. Since 1987, the 35 editions of the event have raised more than $15 million.