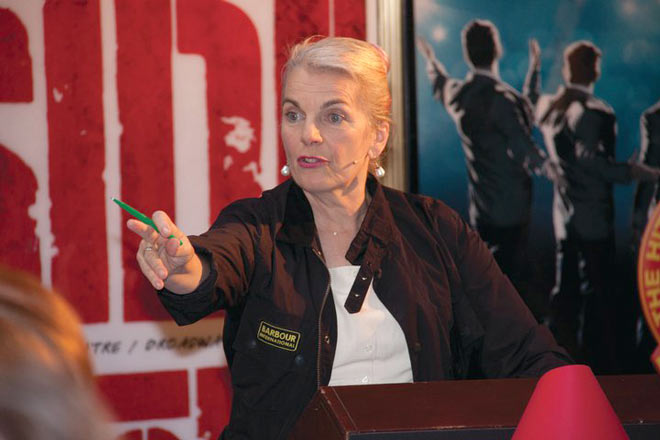 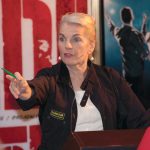 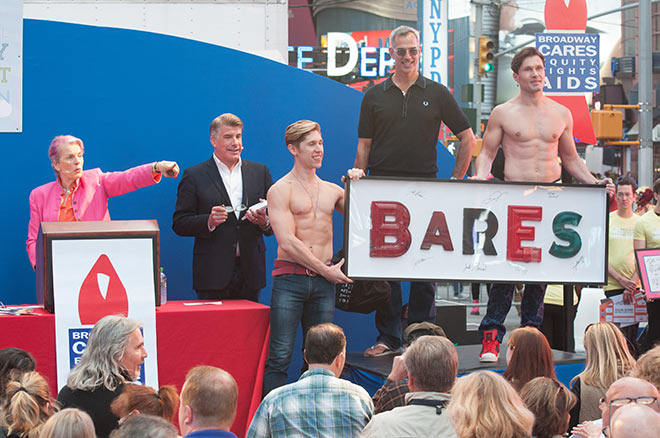 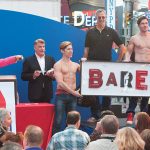 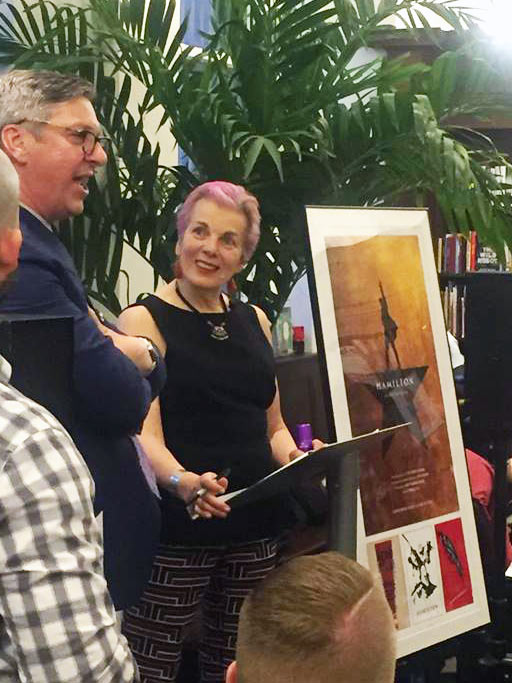 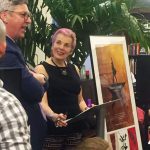 At the age of 30, Lorna Kelly was told she was too wild and unpredictable to continue as a secretary at esteemed auction house Sotheby’s. Her reaction was to knock on the Sotheby’s president’s office door and convince him to let her conduct her own sales.

The confident Kelly subsequently blazed the trail for female auctioneers with her fiery personality and eccentric spirit. Along her journey, she ultimately became the “official auctioneer” for – and a longtime friend of – Broadway Cares/Equity Fights AIDS, where she could be found holding court at any event with a podium and gavel.

“Lorna was more than our auctioneer; she was family,” Broadway Cares Executive Director Tom Viola said. “She came to love us and the community, and we loved her.”

Kelly first joined the Broadway Cares family in September 1989, during production of the third annual Broadway Flea Market & Grand Auction. The previous year’s market barely filled the length of Shubert Alley, and a live auction had a lackluster outcome in terms of both fundraising and attendance. Viola knew he needed an expert in the art of auctioneering if the auction was going to be a success.

Kelly’s reputation preceded her, as she was renowned as the first female auctioneer at Sotheby’s. Viola approached her to be involved with Broadway Cares, and, in true Kelly fashion, she immediately offered suggestions and critiqued past strategies with her signature brand of sass.

“It’s an entertainment, Tom, where you relieve people of their money for something they may not even know they want,” Viola remembered Kelly saying at their first meeting. “But it is also an art and a good auctioneer is essential. I’m one of the best.”

And she was right, proving that every time she stepped forward with her gavel over the 26 years she worked with and supported Broadway Cares.

Kelly surpassed all expectations in her first year presiding over the flea market’s live auction, raising an incredible $12,000 of the day’s $52,000 grand total, shattering the previous year’s $1,500 raised from the auction. From that day on, Broadway Cares had a friend and champion for the organization, and Kelly became a beloved celebrity in her own right to donors and Broadway Flea Market regulars alike.

The secret to Kelly’s auctioneer expertise was her uncanny ability to create an affectionate, playful atmosphere with bidders. “I’ll wait,” she’d gleefully mock. “Don’t look at him. Look at me. Why don’t you make it an even $5,000?”

At times, she’d  feign confusion for comedic effect at various items presented to her for auction. Questions such as, “Tom, what’s a walk on?” and “Tom, why would anyone bid on a costumed bear?” were peppered into her playful banter, creating a lively bidding environment unique to Broadway Cares.

At 26 editions of the Broadway Flea Market & Grand Auction and 15 The Broadway Bears auctions, Kelly teased and charmed more than $6.3 million from thousands of donors and Broadway enthusiasts. Any Broadway Cares event with a podium and a paddle became Kelly’s stage, most recently at the May 2016 launch of Drew Hodges’ book “On Broadway: From Rent to Revolution.” There, under her watchful eye, the bidding raised $23,000 from the sale of 10 one-of-a-kind autographed theatrical posters.

Kelly, whose hair always included at least a streak of her favorite color, pink, will be honored at the 30th Annual Broadway Flea Market & Grand Auction in September. The Grand Auction’s new auctioneer, Nick Nicholson, was a dear friend of Kelly’s and inherited her beloved gavel. He will use the gavel at the event in respect of Kelly’s legacy. And the official event T-shirt will be a bright pink in her honor.

Whether coaxing auction attendees to open their wallets a little bit wider, or sitting enthusiastically in the aisle seat at Broadway Cares events, Kelly enriched the organization with her innate talent and unique, infectious spirit.