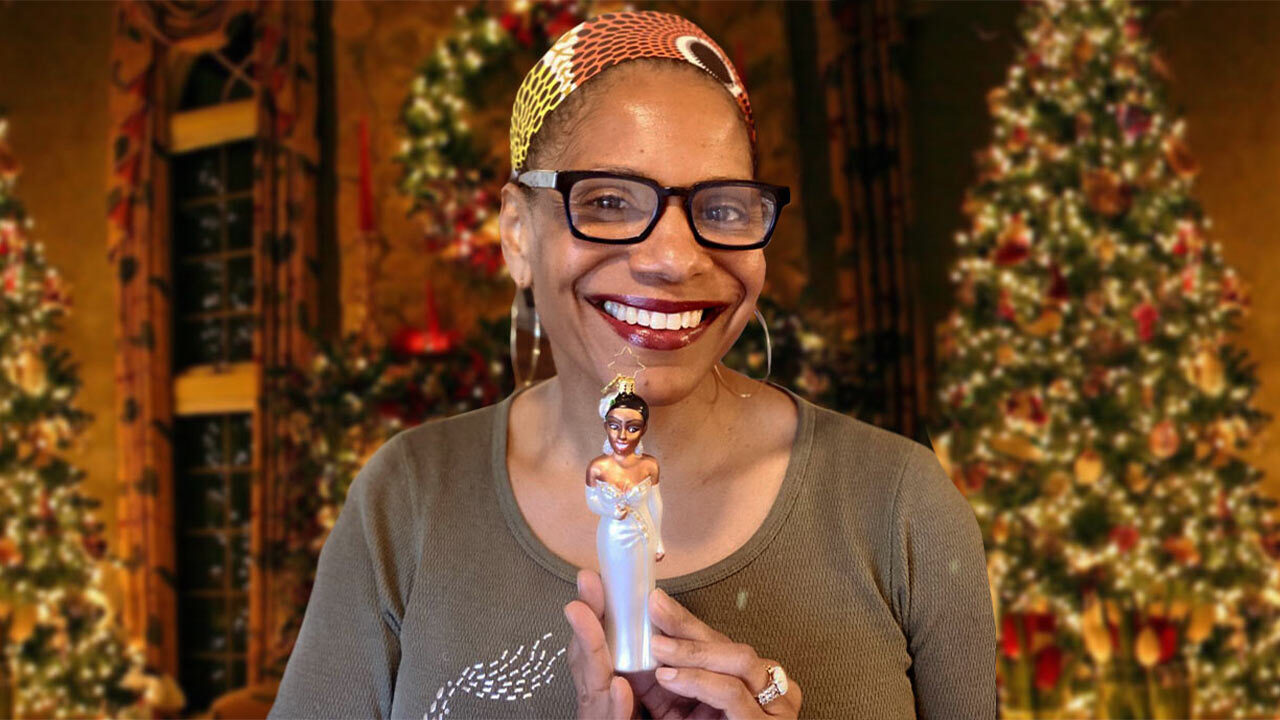 Captured as Billie Holiday in Lady Day at Emerson’s Bar and Grill, McDonald glistens as a 6″ glass ornament draped in the jewel-adorned gown she wore onstage at Circle in the Square in New York and Wydham’s Theatre in London.

“I’m thrilled to be part of such a beloved holiday tradition,” McDonald said. “Lady Day adorning the trees of theater lovers will hopefully bring an extra bit of Broadway magic to their holiday seasons. It is made only more special knowing that proceeds benefit Broadway Cares, an organization that is a beacon of compassion in our community.”

McDonald is the winner of a record-breaking six Tony Awards for her roles in Carousel, Master Class, Ragtime, A Raisin in the Sun, The Gershwin’s Porgy and Bess and Lady Day at Emerson’s Bar and Grill. She is also the recipient of two Grammy Awards, an Emmy Award and a National Medal of Arts from President Barack Obama.

The ornament was designed exclusively for Broadway Cares by artist Glen Hanson for Christopher Radko. Hanson has designed the Broadway Legends ornaments for the last seven years.

Add even more razzle dazzle to your holiday season with other gifts from the Broadway Cares online store. The 10th set of the collectable ornament collaboration with Playbill features famous covers from six long-running Broadway musicals. This year’s edition includes Billy Elliot, Funny Girl, Hellzapoppin, The Music Man, Oh, Calcutta! and School of Rock – The Musical.