Broadway Barks Across America, the world’s most star-studded animal adoption event, trotted back to screens on May 23, 2021, for its second virtual edition, hosted by Barks co-founder Bernadette Peters. The streaming evening featured adoptable animals from shelters across the country with the stage and screen stars who love them.

Throughout the stream, 34 shelters and rescue groups introduced viewers to pets available for adoption. Hundreds of dogs and cats were featured with shelter volunteers sharing the animals’ ages, breeds and quirky characteristics.

The stream opened with a performance from the 2017 in-person edition of Broadway Barks. Peters, Michael Cerveris and the Broadway Kids paid tribute to Barks co-founder Mary Tyler Moore by performing “Love is All Around” (the theme from The Mary Tyler Moore show), including Moore’s iconic hat throw.

Intermixed with the animal introductions were chats with some of Peters’ favorite animal lovers. Whoopi Goldberg talked adoringly about her deaf and blind Australian Shepherd, Bear: “He has been one of the best things ever in my life.” Randy Rainbow and Peters bonded over his Persian cat, Tippi: “She’s been a lifesaver for me.”

Presenting the animals of Animal Haven, a New York City shelter, Brian Stokes Mitchell told viewers “you might just find the best friend of your life, like we did.” In his hand, Mitchell held a photograph of Diggity Dog, his dearly departed rescue who lived to be 14 years old.

Broadway Barks showcased animals from large and small shelters and rescue groups from across the country. Bill Smith of 1 Love 4 Animals presented three puppies rescued from a puppy mill who were named after Peters’ Barks co-founder: Mary, Tyler and Moore.

Allison Janney introduced her niece Petra Janney, co-founder of Amelia Air Rescue, a program that saves at-risk pets by flying them to forever families. A lifelong animal lover, Petra received her pilot’s license so that she could help rescue pets through Amelia Air. During the stream, Peters awarded her Broadway Barks‘ Mary Tyler Moore Award for her efforts.

“Thank you so much for the incredible work that you do to raise awareness for the fur babies out there that need our love and that give us so much love,” Josh Groban told Peters during the stream. “What better reason than that animals give richness and meaning to our lives is there to make sure those animals have a chance at a better life.”

At the conclusion of the stream, Peters and her own dogs promised viewers that they would “see you next year live in Shubert Alley.” 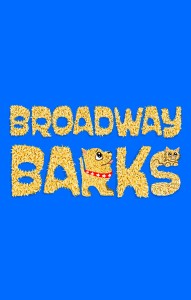 Donations made to broadwaybarks.com or via the stream will be evenly dispersed among the participating shelters and rescue organizations.

Broadway Barks Across America was produced by Richard Hester, Patty Saccente, Scott T. Stevens and Paul Wontorek. The stream was presented by Broadway Cares/Equity Fights AIDS and Broadway.com. The event was dedicated to Mary Tyler Moore and in honor of Philip J. Smith, chairman emeritus of The Shubert Organization who passed away in January 2021.

Broadway Barks, co-founded by Peters and Mary Tyler Moore in 1998 as an adoption event, has grown to a 501(c)(3) nonprofit organization. Over the course of its 22 years, from its adoption events in New York City and virtually, more than 85% of the animals featured in the annual event have been adopted and hundreds of thousands of dollars have been allocated to shelters and rescue groups.