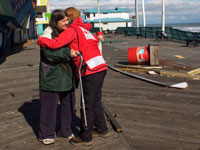 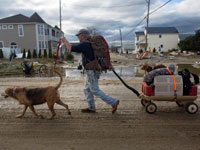 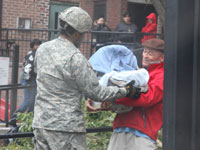 Broadway Cares/Equity Fights AIDS announced on Friday, November 2, 2012, that a portion of proceeds currently being raised by Broadway, Off-Broadway and national touring companies, as well as other performing artists, during the six-week fall fundraising efforts will be donated to three relief agencies committed to immediately helping victims of Hurricane Sandy.

An additional $100,000 will be awarded to The Actors Fund, which is responding to the hardships within the entertainment community brought on by the disaster, including emergency financial assistance, access to medical care and temporary housing. In all, Broadway Cares will donate $250,000 toward hurricane relief efforts.

“Broadway Cares/Equity Fights AIDS historically has moved quickly and responsibly, on behalf of the theatre community, responding to assist those affected by extraordinary events and natural disasters,” Broadway Cares Executive Director Tom Viola said. “We want to immediately do the same by reaching out to those both in the theatre family and local communities most affected by Hurricane Sandy.”

The hurricane relief grants will be awarded to the Community FoodBank of New Jersey, AmeriCares and the American Red Cross.

The Community FoodBank of New Jersey coordinates the delivery of food, water and supplies to food banks and meal programs across the state, including 14 organizations funded through BC/EFA’s National Grants Program. njfoodbank.org

The American Red Cross is providing shelter, clothing, food and supplies to those left homeless by the storm, as well as helping in immediate and long-term recovery efforts. redcross.org

Dozens of Broadway, Off-Broadway and national touring companies currently are participating in a twice-annual fundraising effort, which will culminate in two performances December 3 and 4 at the 24th Annual Gypsy of the Year Competition. The shows, in a friendly competition, raise money by asking audience members for donations as they leave the theatre, often offering incentives such as autographed Playbills and posters, backstage tours or other unique items and experiences.

Broadway Cares/Equity Fights AIDS supports more than 450 AIDS and family service organizations across the country, including 127 in New York, New Jersey and Connecticut, the areas hardest hit by Hurricane Sandy. All are currently expending existing resources to respond to the aftermath of the storm and will depend on BC/EFA’s continued support in weeks to come.

The BC/EFA Executive Committee, acting on behalf of the entire board, approved the emergency grants Thursday. In addition to The Actors Fund, whose tireless work provides a safety net of social services for those in the entertainment industry, the hurricane relief agencies selected deliver on-the-ground resources for those most directly affected by the storm. 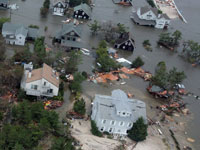 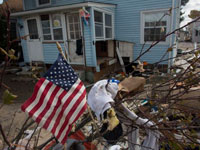 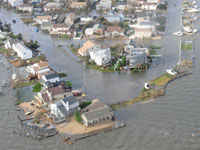