Broadway Cares/Equity Fights AIDS announced that it has sent $5 million from its COVID-19 Emergency Assistance Fund to The Actors Fund, ensuring thousands who work in theater and the performing arts receive vital, lifesaving support during and after this devastating pandemic.

Broadway Cares’ $5 million represents nearly half of what The Actors Fund has awarded in just two months to more than 9,300 entertainment professionals. That grant has provided basic living expenses including essential medications, housing, food and utilities.

The COVID-19 Emergency Assistance Fund, which has received support from 17,823 individuals, continues to accept donations with a new goal of raising $6 million.

“Time and again those in the theater community share their time, talents and generosity with Broadway Cares, and during these dark days for our industry we knew we had to offer help any way we could,” said Executive Director Tom Viola. “That’s why, within days of theaters shutting down, we launched our COVID-19 Emergency Assistance Fund. Broadway Cares/Equity Fights AIDS is proudly the single largest financial supporter of The Actors Fund’s full spectrum of social service programs. Our steadfast commitment has thrived for 30 years and will continue throughout the pandemic and well beyond.”

As theaters remain dark  and TV and film sets shut down during the coronavirus pandemic, Broadway Cares’  special fund is helping those onstage, backstage and behind the scenes receive the full safety net of urgent services provided by The Actors Fund.

Broadway Cares/Equity Fights AIDS launched the COVID-19 Emergency Assistance Fund on March 17, 2020, with an initial $250,000. A week later, more than 20 Broadway producers offered a $1 million challenge match to double the impact of donations to the fund. Once that initial match was met, another group of producers, inspired by the first, offered a second $1 million match.

On May 15, Broadway Cares announced that Tony Award winner and entertainment icon Bette Midler is personally matching donations to the emergency fund up to $100,000.

Other fundraising initiatives have included $52,000 generated by Lin-Manuel Miranda during a special segment of The Tonight Show Starring Jimmy Fallon: At Home Edition. Another $73,000 was raised through a star-studded virtual reading of Lips Together, Teeth Apart on April 6, performed by Jesse Tyler Ferguson, Ari Graynor, Celia Keenan-Bolger and Zachary Quinto. The performance was in honor of playwright Terrence McNally, who passed away due to complications from COVID-19. On April 19, a site-specific streamed performance of Jonathan Tolins’ Buyer & Cellar starring Michael Urie raised $209,262. On April 30, the upcoming Broadway musical Sing Street streamed a special video dubbed “Grounded – At Home with the Broadway Cast,” which raised $310,924 for the emergency assistance fund. “Broadway Does Mother’s Day” featured Broadway stars, their children and their mothers celebrating the day with skits and songs, which raised $170,114.

Celebrate the virtual #BroadwayFlea with our Flea

Test your love of Broadway during a special #Broad

Get ready to meet your #Broadway BFF. Don’t miss

Wear your love of #Broadway with pride with a Broa

You’ll be “waving through a Zoom call” when

Celebrate the virtual #BroadwayFlea with our Flea

Test your love of Broadway during a special #Broad

Get ready to meet your #Broadway BFF. Don’t miss

Wear your love of #Broadway with pride with a Broa

You’ll be “waving through a Zoom call” when 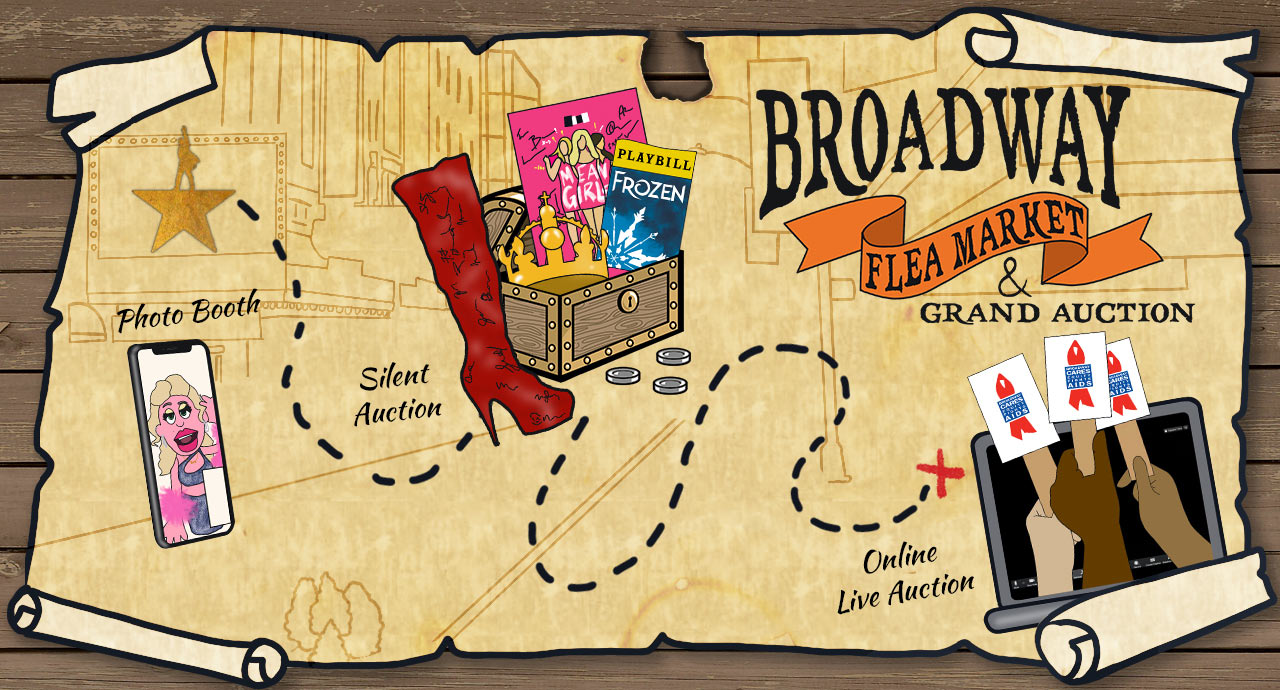