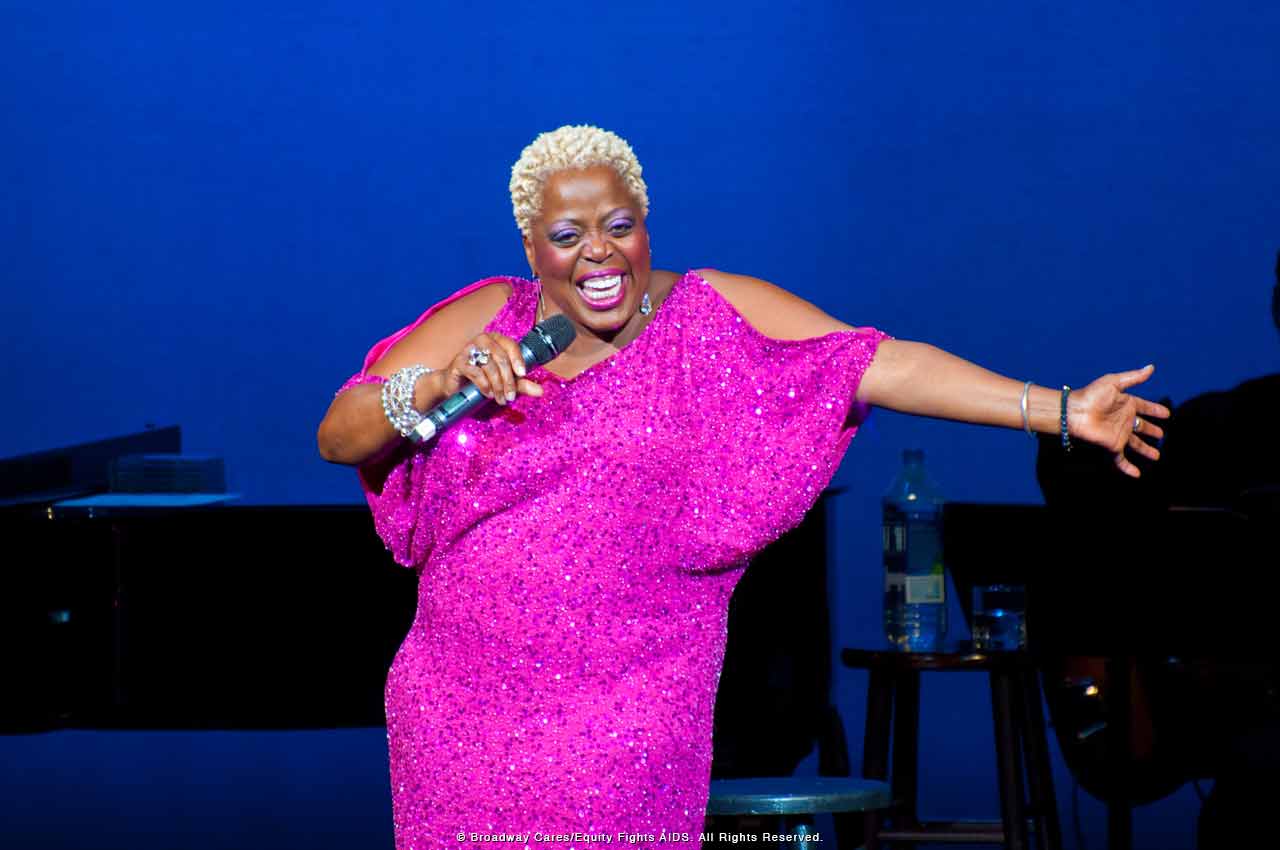 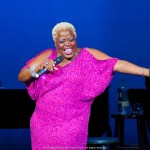 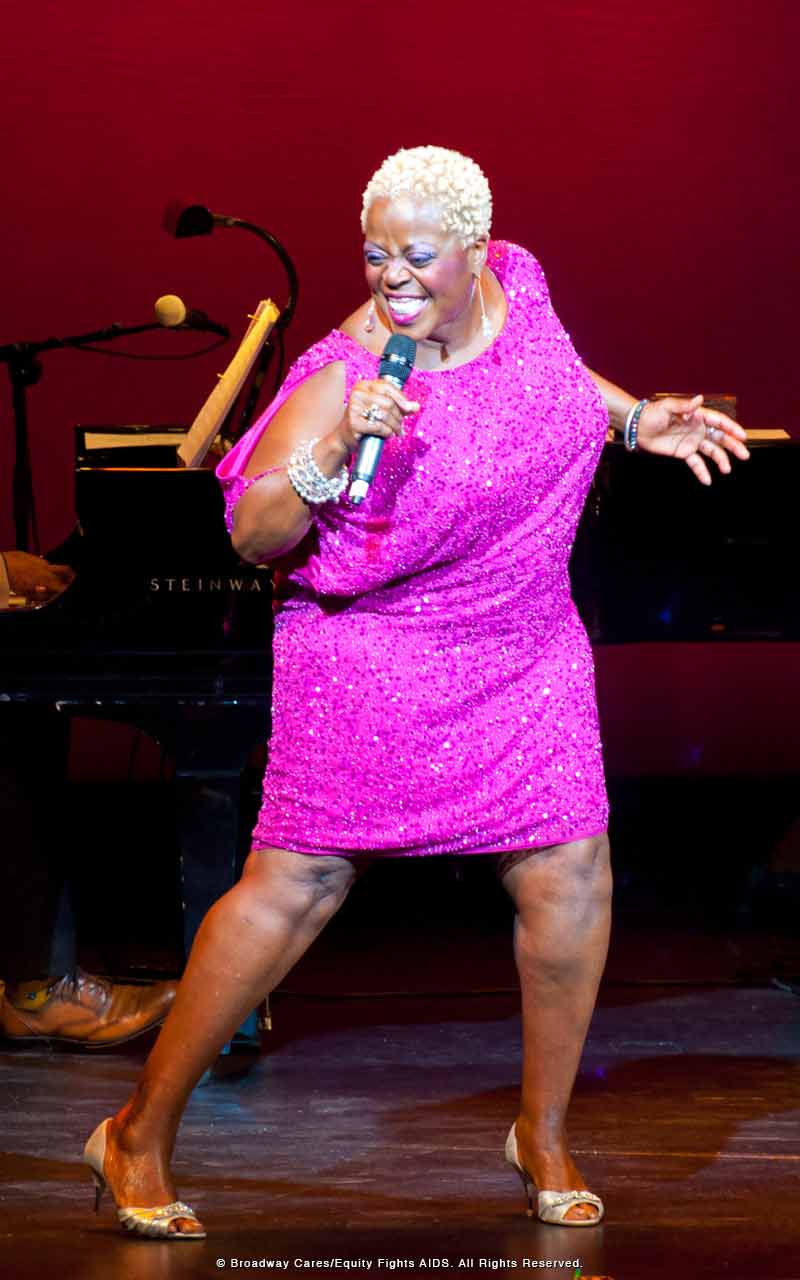 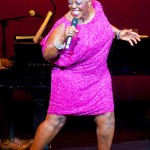 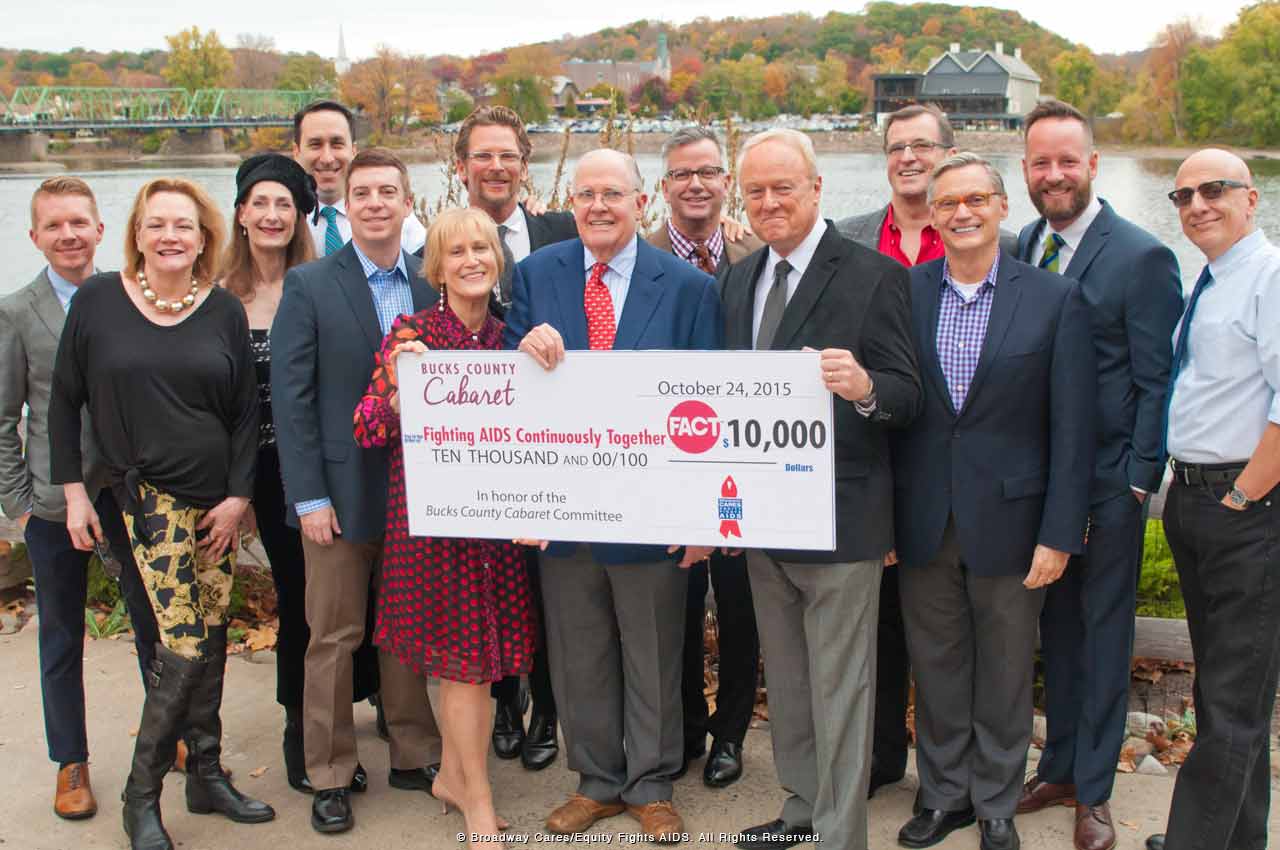 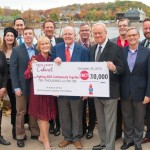 Shimmering in a sequined fuchsia cocktail dress, Tony and Emmy Award winner Lillias White raised the roof of the Bucks County Playhouse with a sassy, high-spirited evening of song and stories at the 2015 edition of Bucks County Cabaret.

White effortlessly sang her way through a jukebox of Broadway’s classic composers, from Cy Coleman to Stephen Sondheim, Jule Styne to Jerry Herman. Sharing stories of her life onstage and off, White left the crowd cheering for more at the annual benefit concert on October 24, 2015, in New Hope, PA.

White opened the show with a lively mash-up of “Something’s Coming” from West Side Story and “It’s Today” from Mame. Then, revisiting the role that won her a Tony Award, White kicked off her silver heels and channeled Sonja, an aging prostitute lamenting her career in “The Oldest Profession” from Coleman’s The Life.

A native of Brooklyn, White talked about listening to showtunes as a child and performing for her family atop her grandmother’s dining room table. Despite her love of music, “growing up I thought I’d be a nurse,” White revealed. “But this here is my way of nursing.”

White proved she made the right choice as she glided through songs from Peter Pan, Coleman’s Like Jazz and Funny Girl, including her thrilling rendition of “Don’t Rain on My Parade.” The evening’s set list also included “Come Down from the Tree,” a song from Once On This Island that was cut before the show made it to Broadway.

White brought the audience to its feet, their eyes filled with tears, after a heart-wrenching rendition of Ann Hampton Callaway and Lindy Robbins’ “How Can You Be Gone?”

“I lost people I rode dreams with,” White said in introducing the song. “Tonight I stand here for all of my friends and colleagues I lost. This is in their memory.”

She sang: “If I keep you in my mind/And I hold you in my heart/Like a sweet never ending song/Then how can you be gone?”

Since the earliest days of the AIDS crisis, White has been a loyal supporter. “Broadway Cares/Equity Fights AIDS has saved some of my dearest friends,” she told the audience. “I am a witness to the work and the strength of this organization. It has helped countless people.”

The unstoppable White confessed she was fighting a cold, “but I’m winning,” she proclaimed, refusing to let a few sniffles would stand her way.

White used Coleman’s rollicking “Those Hands” as an opportunity to introduce the strong hands backing her on stage: music director and pianist Michael O. Mitchell, Gary Haase on bass and Buddy Williams on drums. The show was directed by Will Nunziata.

White has brought to life iconic roles in Cats, Once on This Island, How to Succeed in Business Without Really Trying, Chicago, Fela! and more. But on the Bucks County Cabaret stage she shared there are still some roles she longs to sink her teeth into, promptly launching into a vivacious version of “Some People” from Gypsy.

To close the evening, White shared a sultry version of “If He Walked Into My Life” from Mame, followed by the inspiring “It Started with a Dream” from Pamela’s First Musical.

Next up for White, she will star in the Broadway-bound musical Gotta Dance, which is scheduled to open late this year in Chicago.

Following the performance, Broadway Cares friend and favorite auctioneer Lorna Kelly led a lively auction that included backstage meet-and-greet experiences with Gavin Creel at The Book of Mormon, James Earl Jones and Cicely Tyson at The Gin Game, Jonathan Groff at Hamilton, Michael Cerveris and Judy Kuhn at Fun Home, Kelli O’Hara and Ruthie Ann Miles at The King and I, as well as with White herself at her upcoming Broadway return in Gotta Dance.

Prior to the performance, Broadway Cares Executive Director Tom Viola presented a check for $10,000 to Bucks County-based FACT – Fighting AIDS Continuously Together, one of 24 AIDS and family service organizations in Pennsylvania receiving Broadway Cares grants.

In the four years the event has been produced by Broadway Cares, Bucks County Cabaret has raised $542,790.

This year’s Bucks County Cabaret was sponsored by The New York Times and United Airlines, with special thanks to Bridge Street Foundation, Kevin and Sherri Daugherty, Alex Fraser, Robyn Goodman and the staff and crew of Bucks County Playhouse.
Photos by Daniel T. Gramkee