The biggest day for Broadway fans is going virtual for the first time in the event’s history when the Broadway Flea Market & Grand Auction returns on Sunday, September 20.

The coronavirus pandemic is preventing the traditional community gathering in the heart of NYC’s Theater District. So Broadway Cares is moving the highly anticipated event online with all the features you love from the in-person event: live and silent auctions, one-on-one video chats with Broadway stars and the opportunity to bring home theatrical collectables.

Early bidding has begun on silent and live auction items. 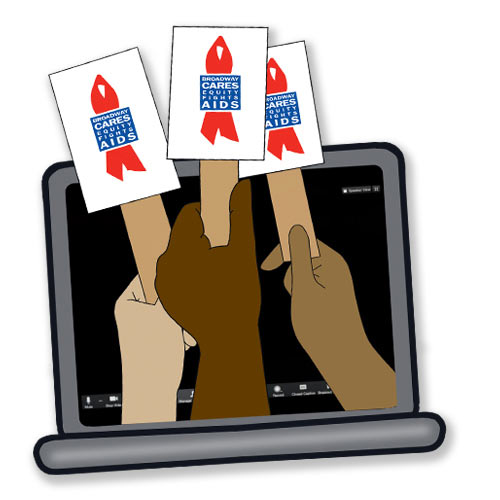 There are 86 silent auction items up for bid including a Halloween costume worn by Tom Hiddleston, a musical phrase from Waitress handwritten and signed by Sara Bareilles and a signed edition of Barbra Striesand’s Christmas CD.

Get a Call from a Broadway Star

In place of the fan-favorite Autograph Table and Photo Booth, Broadway Cares will be offering a limited number of one-on-one video chats with Broadway stars. The special guests participating in the sessions will be announced next week.

Instead of tables of theatrical treasures from Broadway shows and organizations lining streets of the Theater District, special “flea market finds” on the day of the event and eBay “buy it now” bundles offer fans another way to be part of the day.

Every dollar donated during the virtual Broadway Flea Market & Grand Auction will help those across the country affected by HIV/AIDS, COVID-19 and other critical illnesses receive healthy meals, lifesaving medication, emergency financial assistance, housing, counseling and more. The donations also support and champion organizations focused on social justice and anti-racism.