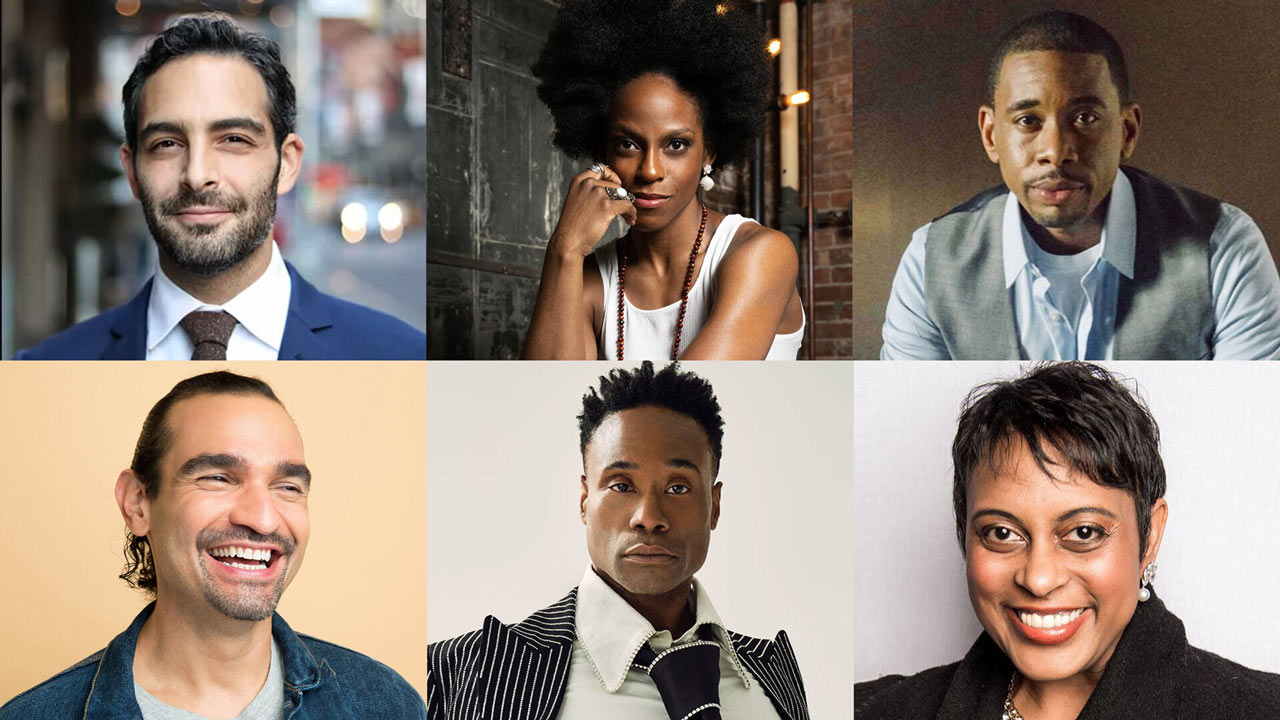 “This group of impressive leaders in our industry have time and again shown up and dedicated themselves to those who’ve been marginalized, silenced and overlooked, the very people helped by grants from Broadway Cares/Equity Fights AIDS,” said Robert E. Wankel, president of the Broadway Cares Board of Trustees and chairman and CEO of The Shubert Organization. “Broadway Cares and this board is committed to bringing new voices to the table and having those voices play an integral role in the future of Broadway Cares/Equity Fights AIDS. This is another step in that direction, through there is still much work to be done.”

The six new board members were unanimously approved by the Board of Trustees at its annual fall meeting, held online this year, on Thursday, September 24, 2020.

Krauthamer is the president and executive director of Local 802, New York American Federation of Musicians. In addition to overseeing the union operation, he is co-founder and executive director of Musicians for Pension Security.  He also founded the Jerome Ashby Scholarship at The Juilliard School. Since 2006 he has played in the Broadway orchestra pits of Frozen, The King and I, Cinderella and Shrek The Musical, as well as other music venues.

Moreland is an acclaimed producer of Lifespan of a Fact, Sea Wall/A Life and The Sound Inside whose upcoming Broadway production of American Buffalo hopes to open in 2021. He’s also worked recently on Thoughts of a Colored Man, which had a successful run last fall in Baltimore, and Blue, which had planned to open last spring at the Apollo Theater, directed by Phylicia Rashad. Moreland is also a member of the Broadway League’s Board of Governors.

Muñoz is an actor known for playing the title role in Hamilton and Usnavi in In the Heights.  A cancer survivor, Muñoz has lived with HIV since 2002 and is a passionate HIV/AIDS and social justice activist. As the pandemic hit, he helped co-found the Broadway Relief Project, which rallied theater volunteers to use their costume design and sewing skills to create Personal Protective Equipment for health care workers at New York City hospitals.

Porter is known for his Tony Award-winning turn as Lola in Kinky Boots, as well as his multiple film and television appearances and head-turning red carpet fashion. A fierce advocate for HIV/AIDS care and social justice, he made history in 2019 as the first openly gay Black man to win the lead actor in a drama Emmy Award for his role on Pose. Porter is also a founding member of Black Theatre United and was recently named one of Time Magazine’s 100 Most Influential People of 2020.

Williams is a celebrated director who was recently tapped to lead the much-anticipated revival of Aida for Disney Theatrical Productions. A 30-year theater veteran, she is a partner in New York University’s Center of Diversity, Inclusion and Belonging, and is chair of the Broadway Inspirational Voices Board of Directors. She also is a founding member of Black Theatre United.

The new trustees fill vacancies left by founding trustee Terrence McNally, who passed away in March; longtime champion Philip J. Smith, who steps down from the board with his retirement as chairman and co-CEO of The Shubert Organization; and board members Joe Baker, Bob Callely, Paul DiDonato, Roy Harris and Jay Laudato, who cycle out of their board positions.

See the full list of the members of the Board of Trustees.