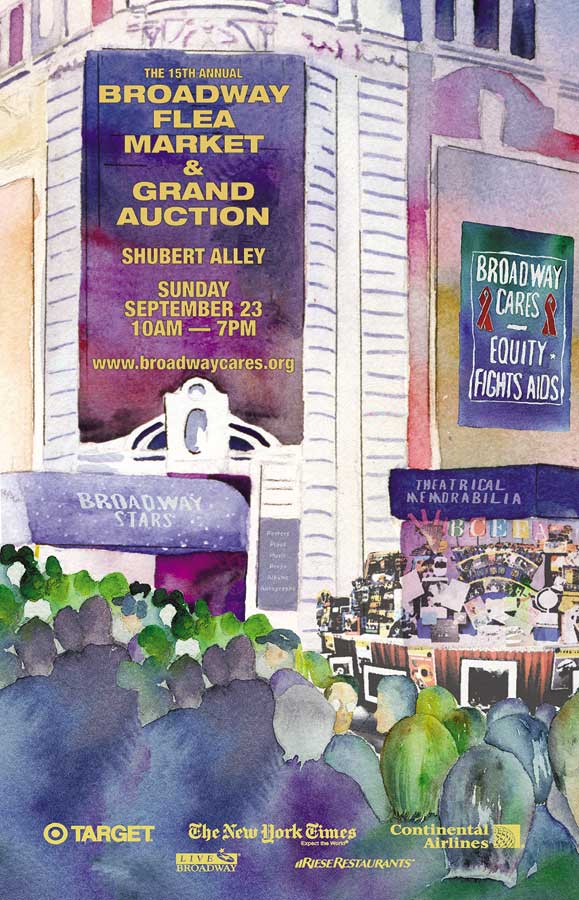 It may have rained, but it didn’t rain on our parade or spirits, as hundreds of dedicated BC/EFA supporters came to the Shubert Alley in New York’s theatre district Sunday, September 30, 2001, to buy theatrical memorabilia and bid on priceless one-of-a-kind packages at BC/EFA’s 15th annual Broadway Flea Market and Grand Auction. This year’s […]

The biggest day for Broadway fans started simply in 1987 with two tables set up by cast members of A Chorus Line outside their stage door in Shubert Alley. Now, every September the Broadway Flea Market & Grand Auction stretches from the Alley into the heart of Times Square and fills West 44th Street. One of the most highly anticipated days of the season, the Broadway Flea Market & Grand Auction offers fans the chance to find one-of-a-kind showbiz treasures, meet their favorite cast members and bid on exclusive backstage experiences.